The Fundamentals of Ball Screws 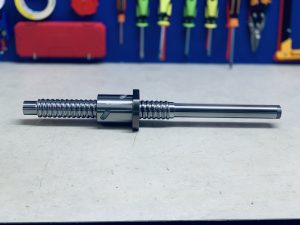 Many screws can be used for industrial motion control, but time and time again ball screws rise to the head of the class over other screws such as roller and acme. Ball screws boast at least 90% efficiency which makes them one of the most economical ways of converting rotary motion into precision linear motion. Also, being able to move heavy loads at fast speeds with supreme accuracy, ball screws can be used as viable cost effective alternatives to pneumatic and hydraulic cylinders.

A ball screw assembly consists of a nut and threaded shaft and either one can act as the traversing element. Ball screws work whereby hardened steel ball bearings move along a hardened inner and outer raceway.

When correctly selecting a ball screw assembly for a specific application there are several design factors that engineers should consider. Load, speed, duty cycle, life expectancy, stroke and mounting arrangement should all be considered, as should the environment and lubrication. As a leading ball screw UK-based supplier, we can provide a more detailed overview below.

Several loading applications will impact ball screw selection. Thrust loads – which are commonly referred to as dynamic loads – when applied to nut and screw result in a specific minimum life. Dynamic load ratings indicate a load in Newtons that can be carried for one million revolutions.

Static loads are more straightforward. They are calculated whereby the nut is loaded to its capacity without damage.

It is also very important to consider moment loads and in which direction they occur. These are loads applied to the ballscrew assembly which occur not directly in the centre of gravity of the nut. Any type of moment loads, overturning or side load can reduce ball screw efficiency by 90%.

There are equations to calculate life expectancy and these can be found via the Matara UK website or by contacting the sales team who can calculate the life for you.
Three widely used nut types and that are also stocked in the UK by Matara are cylindrical body with key, flanged type and threaded type. 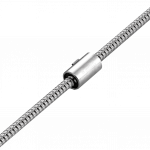 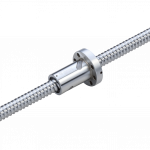 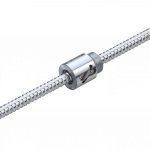 Critical speed varies according to mounting method, diameter, unsupported length and speed (rpm). Screw straightness and alignment of the assembly also will play role, as such Matara suggest the maximum speed be limited to 80% of the theoretical critical speed.

Lubrication: There are many ballscrew applications and these can vary widely, so we don’t suggest any definitive lubrication type or how much. Temperature and frequency of use should be considered.
Accuracy: Generally engineers should consider rolled and ground screws and in turn weigh up cost versus accuracy. Rolled ball screws are manufactured using a low cost method but typically offer lower accuracy, while ground ball screws, although more expensive generally offer much tighter lead accuracies.
Environment: Ball screws will often be working in environments with dust and debris so precautions should be taken to stop premature failure. Matara can offer many solutions, from thin dense chrome coating, to bellows, to wiper ballnut seals.
Mounting: There are three basic types of end fixity (how the screw is supported at each end). Fixed (rigidly restrained), simple, (supported at a single point) and free (no support). These end supports stocked in the UK by Matara, give the screw stability and rigidity. Fixity affects critical speed, loading, and in turn, overall performance.

Root Diameter: This is the minimum diameter of the screw measured at the bottommost point of the threads.
Ball Circle Diameter: This is the diameter of the circle created by the centre of the ball bearings when they contact both the screw and nut. Both ball-circle and root diameters are important when calculating applications and sizing specifications for factors such as loading and critical speed.
Lead: This is the linear distance travelled by the nut or screw during one full rotation.
Pitch: This is the axial distance between two consecutive threads on a screw.